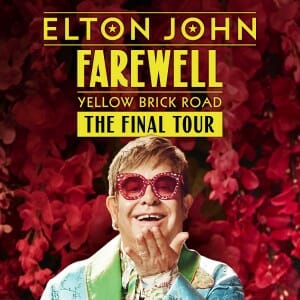 On the heels of Elton John’s 75th birthday and his triumphant return to the stage this year, the iconic superstar and tour promoter AEG Presents announced the remaining North American dates for “Elton John Farewell Yellow Brick Road The Final Tour.”

Got your ticket? We’ve got your ride. Sit back, relax and leave the driving, traffic and parking to VIP. We’ll arrive approximately two (2) hours before the concert begins and depart 30 minutes after completion. This is an all ages bus. There is no alcohol consumption permitted onboard the motorcoach.